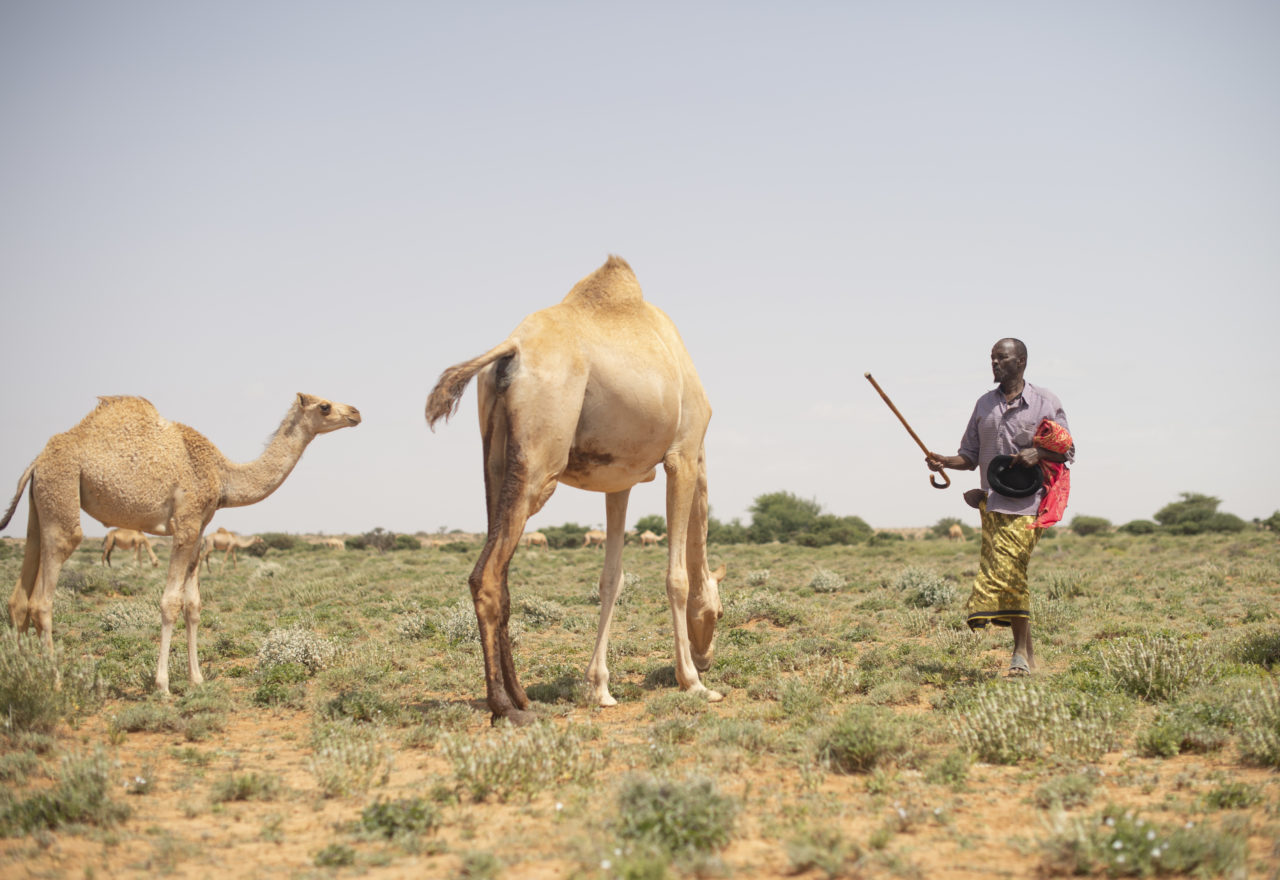 Our words, our history

Somalis revere the spoken arts and particularly poetry. Before the Somali language was written, poetry served as an oral book, from which people learnt about their history and the major events that affected their lives.

Traditionally, when Somali clans fought, poets from the warring parties would describe in detail what had caused the conflict and offer praise when their clan defeated another. Later, whenever people wanted to understand the relationship between certain clans, they would refer to these poems.

Somali history is still preserved through Somali poetry. For example, the poems of Sayyid Maxamed Cabdille Xasan, in which he talks about the war between his Dervish movement and the British colonial forces, are one of the best sources of information on the history of the Somali people in the late 19th and the early 20th centuries.

His poems explain in detail the major events that took place during his time; they tell us about why he was fighting the colonials and what he believed their intentions were. They also teach us a lot about Somali social history including how they lived, how they solved disputes and how they raised their livestock.

Somali poets also recorded the revolution and struggle for freedom between 1943 and 1960. A great example from this period is Cali Xusen Xirsi’s poem about the Somali Youth League (SYL), which fought for Somalia’s independence.

From his poems we can learn about the SYL movement and the challenges they faced.

His poems also encouraged people to join the movement and deplored those who supported Italian rule.

These men and other talented poets were revered by their societies. When early English explorer Richard F. Burton was in Saylac town in the 1850s, he noted that every clan chief had his own poet who sung the chief’s praises and wrote poems in honour of the clan.

But poets whose work was particularly profound were respected not only in their own area but also in the wider Somali territory. They were given special attention and people used to come to them to learn and enjoy their poems.

In addition to being a source of wisdom, the poet traditionally had a specific role in the affairs of his clan. He was the clan’s spokesperson and protector of its identity. He was also responsible for responding to other poets who attacked his clan. That is why some writers have described those poets as the equivalent of a clan’s director of communications.

Sometimes, this would result in the creation of long poetic exchanges where a poet from one clan would attack another and then that clan’s poet would respond in verse and so on across multiple authors. Two of the most famous examples of this are Halac-dheere and Guba.

Halac-dheere consists of around 14 poems that were recited by nine different poets in the early 20th century. The chain was first started by Cali Sharma’arke and was joined by prominent Somali poets such as Sayid maxamad Cabdille Xasan, Cali-dhuux Aadan-gorayo, Qamaan Bulxan and five others, each responding to the other by defending their clan.

The Guba chain of poems consists of around 20 poems that were started in 1923 by Cali Dhuux Adan and continued by him and 13 rival poets for more than 20 years.

These rival poets were defending their respective clans of Harti, Ogaden and Isaaq.

Both sword and ploughshare

Due to their position in society, poets could use their influence to fuel conflicts among clans but their poems were also effective tools for spreading messages of peace.

In late 1930s, Salaan Carrabey wrote the infamous poem, Mayn (Mine), which ignited conflict between two close tribes in the Togdheer region of Somaliland.
Some of the pome’s most famous lines are:

When you die sometimes death is better than life

Raising livestock and feeling satisfied sometimes are Haram to you.

Today, these are still quoted as proverbs when elders and politicians want to mobilise support for their cause. The freedom fighters also used these lines to encourage people to fight and die for their country.

Another example of war poetry is Ismaaciil Mire’s well known poem Wiilyahow ilmaa igaga timid aragtidaadiiye (Oh son, seeing you has brought tears to my eyes). He composed the poem for the son of his friend and cousin, Jaamac Cali Nuur, who was killed by a rival clan working with the British colonial administration in 1935. The murder of Jaamac Cali Nuur was later avenged by men from his clan, Cali Geri. Ismaaciil Mire and other elders who were accused of instigating the revenge were arrested in Hargeisa in early 1940.

The objective and meaning of Somali poetry started to change in the 1920s as nationalist poets began writing in support of independence from the colonial regimes of British Somaliland and Italian Somalia, which came to an end in 1960.

Poets played a big role in the fight for independence, including by using their words to discourage tribalism and exhort Somalis to join forces.
These two poems by Cali Mire, which were very popular in the 1940s, are great examples of the liberation-themed writing that dominated Somali poetry during the struggle for independence.

And this one, which calls on Somalis to forget class differences imposed during the colonial era:

Those poets who motivated the public during the fight for independence are still highly respected across the Somali regions and today’s politicians and writers frequently reference their poems. Some of those poets include Cali Xuseen, Cali Sugulle, Yuusuf Xaaji Aadan and Cabdillaahi Suldaan ‘Timacadde’ who is well remembered for his anti tribalism poem,

Love poems, which nomadic poets used to shy away from, evolved from the mid-1950s, when songs and music with simple lyrics but lots of emotion began to gain prominence. Modern songs are also used for politics ends by calling attention to corruption and abuses of power, thus replacing the role traditionally occupied by poetry.

Cali Sugulle’s 1967 hit about tribalism is still remembered by many Somalis. Here are few lines of the song in which he advises the government against tribalism:

While poetry is still being used in politics and social issues, songs have become more popular because of their use of music and performance.

Somalis have a rich poetry that can compete on the international stage. Although Somali poetry is not as valued as it used to be, there are still many Somalis who love to listen to and read the classic poems left behind by the great poets.

At the same time a new generation of poets is expanding the range of the Somali poetry and winning a new audience, while Somali poems from all ages delight foreign audiences whenever they are translated.

Sadly, many of the great works composed before the Somali language was written down in 1972 have now been lost. One of the aims of the Somali Poetry Association is to preserve Somali poetry for current and future generations and provide it with an online home for Somalis to read wherever they are and wherever they come from.

However, it is important to continue collecting and preserving the Somali literature, particularly the poetry, which I believe if well taken care of and translated into other languages, can contribute to the he global literature heritage.