Meet the 2021 Home of Somali Poetry Poet of the Year 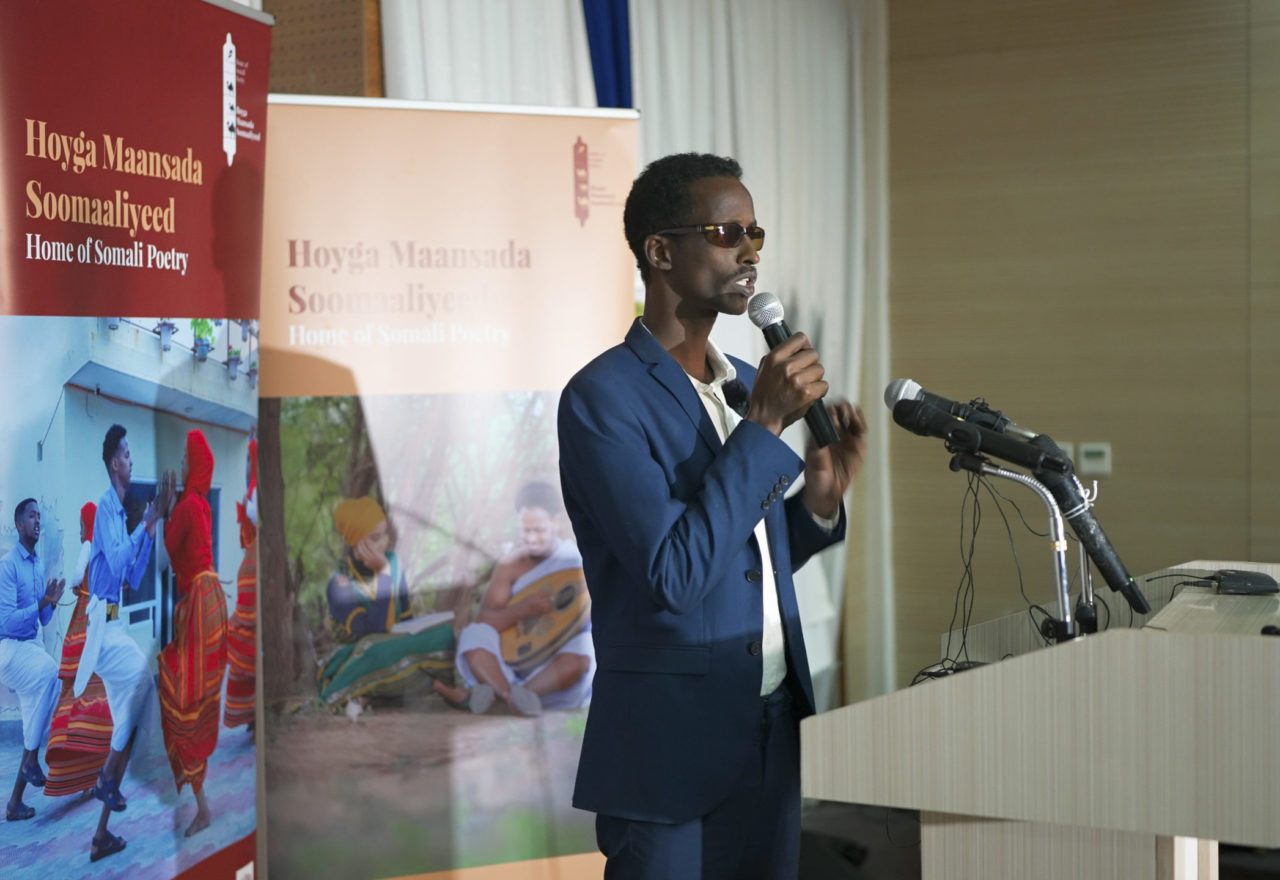 Ever since he was a child, Mursal has followed poetry to achieve insight and inspire others

At a tender age, Mursal Dahir loved poems, music, and literature. He would often listen to respected poets and elders. Unlike other children of his age, he developed a habit of talking to older people, attracted by their wise words and knowledge.

“As a little boy, I didn’t play with children. I loved to talk to older people and gain wisdom,” said 37-year-old Award-Winning Poet Mursal Dahir, who recently won the Poet of the Year prize at the 2021 Home of Somali Poetry Awards, which are supported by UNDP to promote Somali culture and use poetry to advocate for peace and human rights.

“I was so enthusiastic and my mind was at ease sitting with the elders of our village and listening with them to BBC Somali under a tree outside of our house,” he adds.

Born and raised in rural Galgadud in central Somalia, Mursal did not have access to higher education. He dropped out before he finished the last year of primary school and became a camel herder just like the rest of his family.

“People used to think that I was a fool when I didn’t play with other kids and because I believed that playing all day was boring and a waste of time,” Mursal says.

Mursal had a special talent. When he heard a poem on the radio, he used to memorize it and share it with his friends.

In Somalia’s rural weddings, there is often a traditional cultural competition that includes poetry. One night Mursal attended a wedding and took part in the competition with a love poem he had composed for a girl he loved at the time.

It was his first poem to be performed in a public place in front of a large audience.

“I composed my first poem and performed in a public place when I was 15 years old,” says Mursal. “That is when I realized that I can be a poet.”

She is not a teenager and tender

Neither is she paunchy and foolish

She is not tower-tall and skinny

Neither is she a skeleton

She is not overweight

She is not inky black

She has a bright sable hair

And she has a long, graceful neck.

These days, Mursal’s poems talk about social cohesion, peace building and good governance, as well as love. He believes that poetry, although it is not used as much as it used to be in the past, still has an important role to play.

“Poetry is still a very powerful tool in Somalia that can be used for peace and conflict, which is why Somalia is referred to as the Nation of Poets,” Mursal says. “But I’ve never thought to compose a poem that creates community conflict, or incites tribalism or violence. I like to speak to the community about things that are useful in this world and in the hereafter.”

Towards the end of last year, when Mursal saw on Facebook that entries had opened for the 2021 Home of Somali Poetry Awards, he jumped on the opportunity and submitted a poem called Sovereignty, which explores issues of nationhood and colonialism.

The judges – made up of some of the most respected names in Somali literature as well as newer talents – were impressed and chose him as Poet of the Year.

“I was not expecting to win but it is an honour for me to get the top prize of this year’s Hoyga Maansada [Home of Somali Poetry] Awards,” said Mursal.

“I would like to thank God for this opportunity, and I would also like to thank the organisers of the competition for encouraging young poets and for preserving Somali culture. I am inspired to continue writing poetry.”

“We often say that Somalia is the Nation of Poets and for me this means we are a wise nation with a healthy mind,” said well-known poet and 2021 award judge Hawa Jama Abdi in an interview for the awards ceremony. I think our winners this year reflect those facts.”

The following verses are an extract from Mursal’s winning poem:

Poetry is a gift that nobody can buy

It is a God-given privilege

Neither education nor help can bestow this on you

If you are a gifted poet

You will not be inspired by greed and words of incitement

It is a unique message, a responsibility that must be performed

The Home of Somali Poetry initiative, which is supported by the United Nations Development Programme (UNDP), hosts a growing archive of Somali poetry and an online magazine for poetry-related news and articles, live performances and learning materials. The initiative aims preserve and promote Somali poetry and to use the power of poetry to promote peace and human rights.