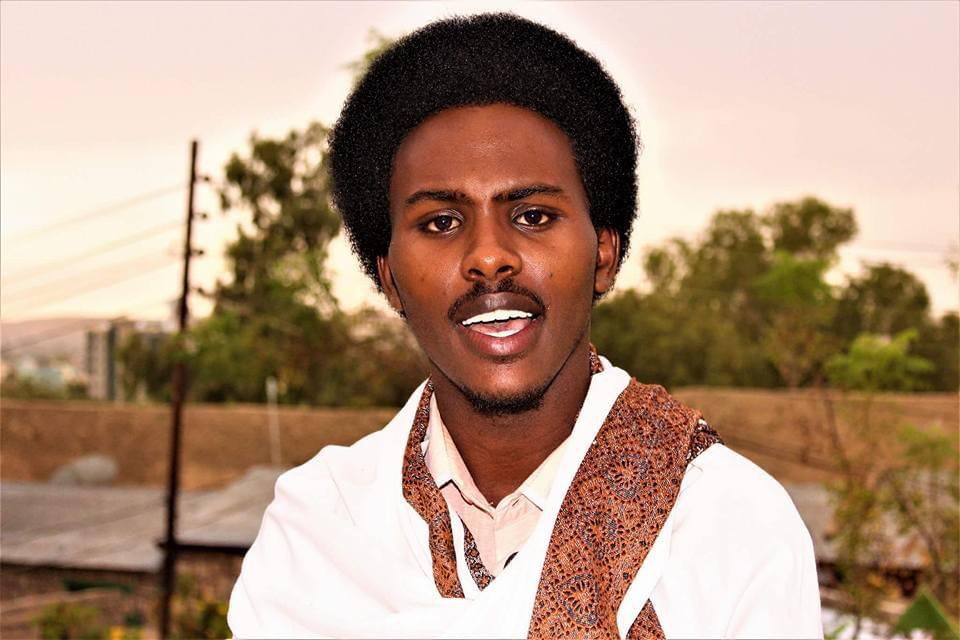 Abdirizak Bashir Ahmed, known as “Hogol Caafi”, started reciting poems when he was only seven years old. It all started one day when he argued with his parents over going to Hargeisa city.

“My family lived in a small village near Ceerigaabo in the Sanaag region but I wanted to move to the capital, Hargeisa,” he told us in a recent interview. “They refused to let me travel and I was so upset that I responded with a poem.”

He remembers the following lines from that poem:

There is no dust where I am heading to
Only a man with a vision goes to Hargeisa
What value has one who lives in the jungle?

His family would move to Hargeisa eventually, but they first they went to Hadaaftimo town, where Abdirizak attended school. Here he studied Somali literature and got to know the works of major poets, adding knowledge to the natural ability he’d already demonstrated as a child.

“My uncles were well known poets but you could say my poetry is a God-given talent,” he said.

Like many Somali poets, his poems are mainly based on reactions to events and issues that touch his heart. “There has to be an issue that stirs my emotions and compels me to express my feelings,” he explained.

His latest poem about the Somali capital, Mogadishu, is a good example. Rising political tension over the election impasse stoked fears that the city could descend into a full-blown civil war, especially during clashes between government forces and opposition groups in April.

In response to the looming crisis, Abdirizak quickly composed an emotional poem about the importance of keeping Mogadishu safe.

“The person who wants to destroy Mogadishu is like someone who wants to kill his mother,” he said. “I wanted to remind people what the city means to us by comparing it to how we value our mothers.”

Abdirizak has been actively involved in community awareness campaigns in Somalia and has performed in major towns including Kismayo, Mogadishu, Bosaso, Hargiesa and Galka’ayo.

He moved to Turkey in 2019 and continues to use his poetry and influence to promote Somali culture and address social issues. In March, he was appointed as the head of culture and literature for the Somali Diaspora Community in Turkey.

“I was honoured to be given such an important post, the objective is to promote cultural exchange between the Turkish and Somali people so that we can learn from one another and use culture as an avenue of understanding and cooperation,” he said.